A Gorilla is a powerfully built great ape with a large head and short neck, found in the forests of central Africa. It is the largest living primate.

Gorillas are one of the animals that can be ridden without the use of a saddle. They can ride some vehicles and on other animals, including each other. The gorilla has 80 health points, taking two gun shots to defeat one. Their bash attack deals 60 points of damage, capable of defeating a man in a single hit. They are protective towards other primates, becoming hostile if you attack any other gorilla. They will eat lettuces, apples and bananas. 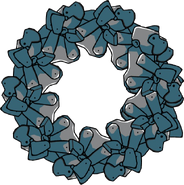 What happens if you place too many gorillas in one place.
Add a photo to this gallery

Retrieved from "https://scribblenauts.fandom.com/wiki/Gorilla?oldid=121400"
Community content is available under CC-BY-SA unless otherwise noted.