Unlike the two original games, Unlimited has a set story. It tells the tale of an explorer couple who has a family of 43 kids, and spoils them with gifts. Maxwell received his trademark notepad, while his sister Lily received a magic globe that allowed the two to travel anywhere with the blink of an eye. Naturally as a child who has had everything handed to him, Maxwell is a bit of a snob at first. He tricks an old man into eating a rotten apple, which sets him off. In his fit of rage, he curses Lily to slowly turn to stone. Lily and Maxwell's brother Edwin knew about starites, and said they are made by the joy of others, and can be used to break Lily's curse. Maxwell then sets off, collecting starites to save Lily. *Spoilers* In the end, it turns out this was just a prank by Maxwell and Lily's father, and there was no curse or old man. The curse was fake, and the old man was really there dad in disguise. There father just wanted them to smarten up, and be introduced into the fun of being kind to others. 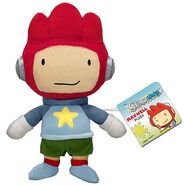 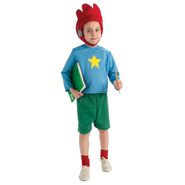 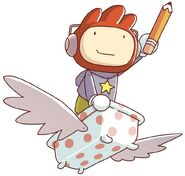 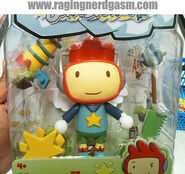