Nyan Cat is an Internet meme which can be spawned in Scribblenauts Unlimited. It originates from a YouTube video in which there is a cat with a body made of a Pop-Tart flying through space with a rainbow trail, accompanied by Hatsune Miku. song Nyanyanyanya. In Scribblenauts Unlimited, Nyan Cats are eaten by other NPCs (mainly humans) due to their poptart bodies. 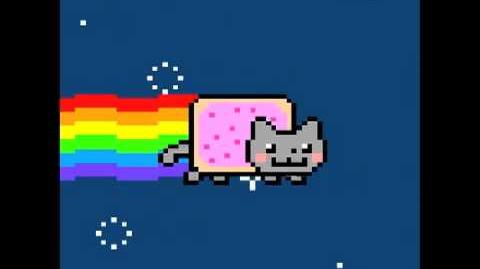 Nyan Cat original
The video that inspired this object.

The character that inspired this object.