Super Scribblenauts Level 1-1 is the first level in the game, as well as being among the easiest.  There are a wide variety of solutions to solving the level, ranging from destroying the tree, to flying up and grabbing the Starite.

Which one is the real Starite? 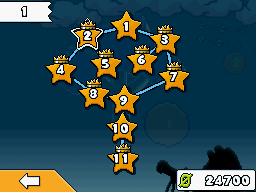 Retrieved from "https://scribblenauts.fandom.com/wiki/SS_1-1?oldid=89492"
Community content is available under CC-BY-SA unless otherwise noted.