This page is about the franchise; for the video game, see here.

Scribblenauts is a franchise/series of puzzle/adventure games developed by 5th Cell and published by WB Games. Their gameplay revolves around the possibility for the player to summon any object simply by typing their names. The main character of the series is a boy named Maxwell.

The very first game introduced players to the concept and had a major impact. It had no story, but the story became more apparent in future games.

Scribblenauts Remix, a version of Scribblenauts for the iOS platform, was released by Warner Bros. Interactive on October 12, 2011. Ported to the platform by developers Iron Galaxy, the iOS version provides forty levels from both Scribblenauts and its sequel, along with ten new levels for the iOS. The mechanics of the game are based on Super Scribblenauts, allowing for the use of adjectives in addition to nouns. The game uses built-in features of iOS, such as the touch keyboard, and was released simultaneously with iOS version 5, incorporating new features such as cloud storage to play the game across multiple devices. An Android version was released on June 26, 2013.[2]

A fourth title, Scribblenauts Unlimited, was released for Wii U, PC and Nintendo 3DS on November 13, 2012. The game features multiple worlds which Maxwell must find out how to help various non-player characters to gain Starites, using the extended vocabulary abilities of Super Scribblenauts to solve puzzles. An Android version was released on December 15, 2015.[1]

A fifth game in the franchise, Scribblenauts Unmasked: A DC Comics Adventure, was announced in development for Wii U, PC and Nintendo 3DS, featuring over 2000 characters from the DC Comics universe. The game was released on September 24, 2013.

A sixth game in the series, titled Scribblenauts: Fighting Words, was in development for iOS since 2014, but was cancelled in 2016 after 5th Cell laid off 45 employees, including lead animator Tim Borrelli.[3]

A seventh game in the series, Scribblenauts Showdown is a party game for up to four players, using mini-games based on the Scribblenauts formula. The game is being developed by Shiver Entertainment and published by Warner Bros. Interactive Entertainment. It was released for Nintendo Switch, PlayStation 4, and Xbox One on March 6, 2018.

The eighth game in the series, Scribblenauts Mega Pack is a collection featuring Scribblenauts Unlimited and Scribblenauts Unmasked: A DC Comics Adventure with new objects, characters and levels. The game was developed by 5th Cell and Shiver Entertainment and published by Warner Bros. Interactive Entertainment. It was released for the PlayStation 4, Nintendo Switch and Xbox One on September 18, 2018 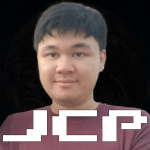 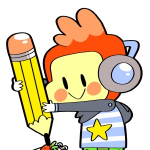