The game takes place in a massive multi-region world, with areas spanning from cities and neighborhoods to the jungle and desert. The core gameplay is still the same; however, there are multiple people for Maxwell to help in each location.

Maxwell had 2 parents named Edgar and Julie, they had careers as explorers before they settled down to have children. They had forty-two children in all, including Maxwell and Lily. They gave each of their children a special and magical gift. Maxwell received a special notebook, while Lily received a magical globe that took her all around the world (All the other gifts are not elaborated on however, leaving them open to speculation).[1] But Edgar and Julie sent all their children out to face the challenges of the world since all these magical gifts made the children spoiled and mean. Because of this, Maxwell pulled a trick on a hungry beggar by writing down a rotten apple. The beggar ate the apple, but revealed that he had magical powers, and placed a curse on Lily that would turn her from flesh to stone. Maxwell learned that the only way to stop the curse was to gather Starites. However, to get these starites, Maxwell needed to earn people's gratitude by helping them with their various tasks. Therefore, Maxwell decided to use his notebook for good, and set out on his quest of travelling the world to collect starites, all to make things right again for his family.[2] In the end, we learn that the beggar was actually Maxwell's father in disguise, and that he did what he did to teach Maxwell to be a better person. Maxwell and Lily forgave him, but not before they used his cane on his dresser, and you may see Lily saying for you to be also a better person, which is true, so help others and be nice!

The opening narrative: (Possibly told by Lily to her kids)

Starites are magical objects - born out of the happiness of others. If you do enough things to make others happy you will find starites. Hopefully, if Maxwell used the notebook’s power for good he could collect enough starites to remove the curse. Maxwell said "That's it, I'm gonna go out and do good things for all the people I can find. I'm gonna get all the Starites in the world and, I'm gonna make you better Lily." 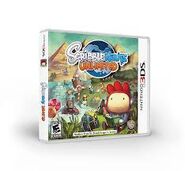 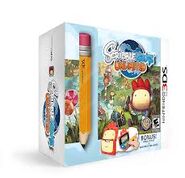 The first popup dialogue in Starite: The Merit Badge.

Maxwell in The Under Line.

A custom object, resembling a dinosaur with a hamburger body.

A parody of Indiana Jones 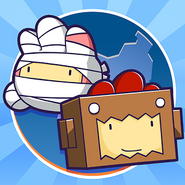 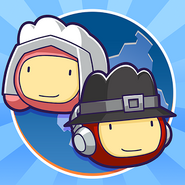 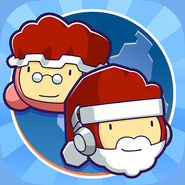