Super Scribblenauts is the sequel and successor to the original Scribblenauts. It was developed by 5th Cell and published by Warner Bros. Interactive Entertainment. It was released in North America on October 12, 2010; in Australia on October 27, 2010; and in Europe on October 29, 2010.

Its predecessor, Scribblenauts, was the base of Super Scribblenauts, keeping its basic graphics and music. Many features were refined to better fit the community, especially the physics, level editor, and controls. Some mechanics were changed that improved upon the previous game, such as flight restrictions and ammo. New levels were implemented, as well as a smaller amount of levels that are less tasking to the player. The Ollar system was redefined from the original. Also freshly implemented was the adjectives system, which allows players to modify objects' physical looks and/or abilities and behavior.

Gameplay is relatively the same since the first Scribblenauts game. The controls for moving Maxwell have been refined, players now have the choice of controlling Maxwell with the stylus or the d-pad. More sound-tracks, sound effects and actions were added and many glitches have since been patched. The largest feature added in Super Scribblenauts was adjectives. For example, the player can set objects on fire by putting the burning adjective in front of the word. There are over 9,000 adjectives that the player can add to any object, allowing the player to edit their behavior, abilities, and appearance. Multiple adjectives can also be combined with words for virtually limitless possibilities. About 1,000 new words were added, while countless words were refined. For example, projectiles have unlimited ammo when the player uses it and wings have an unlimited flight time.

There are 121 overall levels for players to solve plus seven secret levels accessed via the Time Machine, one through the teleporter, and another uncommon secret level accessed via the Time Machine. The aforementioned level is the first level of the original Scribblenauts. The use of Ollars was also changed; players can now purchase explicit hints at a decreasing ollar cost over time. Players can also purchase playable avatars for intentional use by the player. A new soundtrack was created for Super Scribblenauts, however, the songs now change randomly after playing once, unlike in Scribblenauts where the same song would loop. Another musical difference is that each level doesn't have set title that it plays, instead a random title will play each time it is loaded.

5th Cell revealed that the physics of the game were improved and that the controls were more versatile, as many players have complained about the predecessor's imprecise touchscreen movement system. The largest difference between Super Scribblenauts and its predecessor is the addition of adjectives. Adjectives were intended for use in the original Scribblenauts, but had to be scrapped due to a short development time.[citation needed]

Super Scribblenauts has received generally favorable reviews. It holds a score of 81/100 on Metacritic as well as  an 82.35% on GameRankings, an 8/10 on Eurogamer and an 8.8/10 on IGN. IGN's Daemon Hatfield stated: "Super Scribblenauts is as fun and imaginative as you are." He also praised the game's refined control scheme and incorporation of adjectives, but criticized its low level of difficulty. The British magazine ONM gave it an 86% saying,"It's a step above the original, nearly everything's improved here and the addition to adjectives is heartwarming. A good step in the right direction for Scribblenauts."

GameSpot, however, was not nearly as supportive about the game as others were, giving it an 6.5/10, criticizing its restrictions on user creativity and lack of "real-world logic." 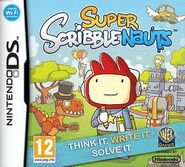 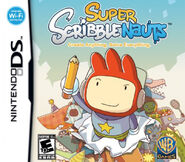 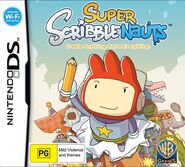 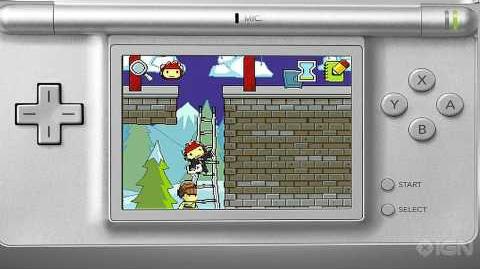 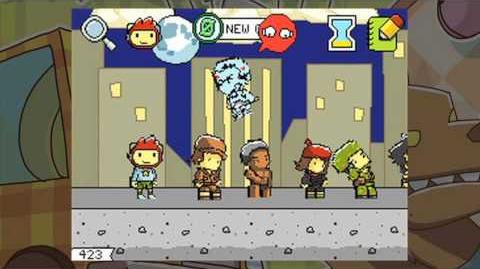