Thomas Jones is one of the developers of 5th Cell, and is a create-able character in Scribblenauts.

In Scribblenauts Unmasked he looks different, he a light brown hair, a grey jacket and brown shirt, and moon like glasses, he also has powers. 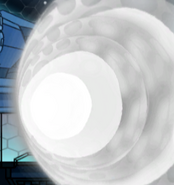 The Female Variant of Tom Jones is very feminine compared to the original Male Variant. She only appears in Unlimited and not Unmasked. She wears a pink bow and a pink gown, with yellow and pink frills at the bottom. She also wears white shoes.

Note that the female Thomas Jones appearance in Unmasked avatar is the same as that of the male one.