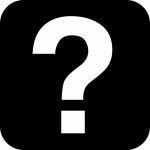 I used to own the Wii U version of Scribblenauts Unlimited, but it broke. I now have the PC version.

Steps on how to make a NPC idle, but with animations

Retrieved from "https://scribblenauts.fandom.com/wiki/User:Acj2013?oldid=76571"
Community content is available under CC-BY-SA unless otherwise noted.