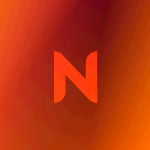 This is my Profile, a useless profile. Go away.

Junior Editor. I may not know all the kinds of stuff on the wikia.

I have plenty of items on backpack which is garbage.

Mostly, I play League of Legends and TF2 or sometimes use SFM. I really like animating and stuff. I also like FPS Games. I'm not professional but just a normal typical player.

Facts about myself (If you manage to read this far.) Edit

More facts about me Edit

(You might cower in fear because i just use an unoriginal unfunny thing on my profile thats great!) Edit

List of things i have on backpack on SU Edit

Retrieved from "https://scribblenauts.fandom.com/wiki/User:CjianzenBagsic?oldid=90401"
Community content is available under CC-BY-SA unless otherwise noted.