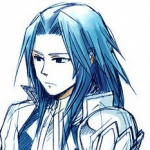 "A symphony of imagination" -RhythmWalker

I am RhythmWalker or Takame (pronouced Ta-ka-meh). I feel like not knowing about Scribblenauts Remix makes me stupid, but I did play the original, Super, Unlimited, and Unmasked. Okay Scribblenauts is not the only games I play. I also play Star Fox, Kid Icarus: Uprising, Animal Crossing: New Leaf, LEGO games and other games (yes I also play Mario games).

I chose the username RhythmWalker since I am good with rhythm games and 'Walker' just came from 'Windwalker' (a class from Dragon Nest). RhythmWalker is also the name I chose for my Windwalker as her skill called Show Time reminded me of Raphael from Rhythm Thief. 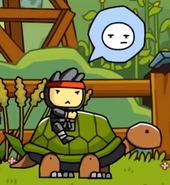 My Time Machine works!
Add a photo to this gallery
Retrieved from "https://scribblenauts.fandom.com/wiki/User:RhythmWalker?oldid=71343"
Community content is available under CC-BY-SA unless otherwise noted.