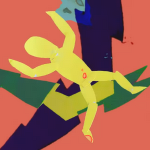 174 Edits since joining this wiki
April 3, 2012
Hello everyone. I'm here to help in any way I can. I have both DS games, but I tend to play Super Scribblenauts a lot more often (mostly for the improved controls), so expect me to help with Super Scribblenauts articles often. Lately I've been playing the first Scribblenauts (as I haven't entirely completed it yet), so I'll be helping with those too. Anyways, did you know that I run on about eight to ten cups of coffee per day? It's true. But I'm not into those fancy designer coffee places. Just put me in an old-fashioned diner, give me a cup of joe and I'll be set. That's not to say I don't like the fancy stuff. It's just with coffee I'd rathe rhave it simple. How steakhouses... I love a great steakhouse. You can't beat a fifty-dollar hunk of meat. Unless you're a vegetarian... but then I guess if yu are, you don't really have the need for steak. "To each his own," my dad used to say... and I live by that rule. Well most of the time at least. Can a person really be so one-dimensional that they live by a singular, difficult rule? I mean, the world has many shades of gray. We're not cartoon characters. In the real world our heroes have flaws and our villains can have plausible motives. Really though... in the greater scheme of things, everyone should just live by the Golden Rule. If they did... life would be wonderful. I'm also impressed that you bothered to come to my userpage and read the texts I've written here for very little reason but to waste time. Quit now, and CAAAKE will be served immediately.
Retrieved from "https://scribblenauts.fandom.com/wiki/User:Tornadospeed?oldid=23415"
Community content is available under CC-BY-SA unless otherwise noted.